The nanny’s story that made international headlines this past week actually misses a very important insight.   Where was Kate in the minutes after Madeleine’s abduction?

The nanny that’s featured in the Mirror UK article is anonymous.  Why?  Because if they named her, it would lead you back to this article from September 2007.

From The Daily Mail UK:

“I was in the apartment less than five minutes after they found that Madeleine had gone.  When we [the nanny and two staff members] were coming out we saw Kate and she was screaming: ‘They’ve taken her, they’ve taken her!’  I was standing right in front of her outside the apartment’s back door, in the alleyway.  I was very close to her.  It might not have been the first thing she said. But she definitely said it.” 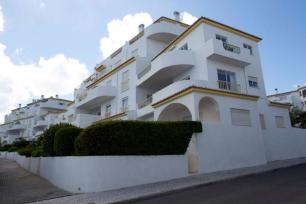 Now, here’s Kate’s account of what happened from her book, Madeleine:

“I checked the wardrobe in the children’s room, I ran to the kitchen, throwing open all the cupboard doors, into our bedroom, searching the wardrobes, in and out of the bathroom, all within about 15 seconds, before hurdling out through the patio doors and down towards Gerry and our friends.  As soon as our table was in sight, I started screaming ‘Madeleine’s gone, someone’s taken her.”

When you read between the lines, it’s impossible not to ask where exactly was Kate?  Was she on the balcony yelling out across the pool?  If she was, then hasn’t Gerry just lost his alibi?

If she wasn’t on the balcony, if she was somewhere else outside the apartment, why did she abandon her twins right after her daughter had just been allegedly abducted?

DOUBT The Madeleine McCann Mystery is available on Amazon

One thought on “Where was Kate?”