Who was Reeva when she lost her life? One of the more obvious ways of answering this question is by looking at the profile pictures she used on Facebook and twitter to present herself.

You might laugh and say a selfie really doesn’t say that much, but that depends on the depth or shallowness of the self in question. Reeva wasn’t shallow, and what’s more, as a brand ambassador, her social media was – and had to be – a tangible extension of Reeva herself. It was both Reeva, how she saw herself, and how she wanted to be seen.

How did she wanted to be seen? Well, like this:

This was the image Reeva used as her twitter profile, as well as her background picture on Facebook. As Reeva put it, “a classic model.” That’s how she wanted to be seen, and at 29 years of age, it made sense to have a more mature vibe about her.

On Facebook, Reeva was in the process of spinning off a public, less personal profile. Before she did, she used this image [in fact it was a composite] to communicate another, a more assertive, sexier femme fatale. 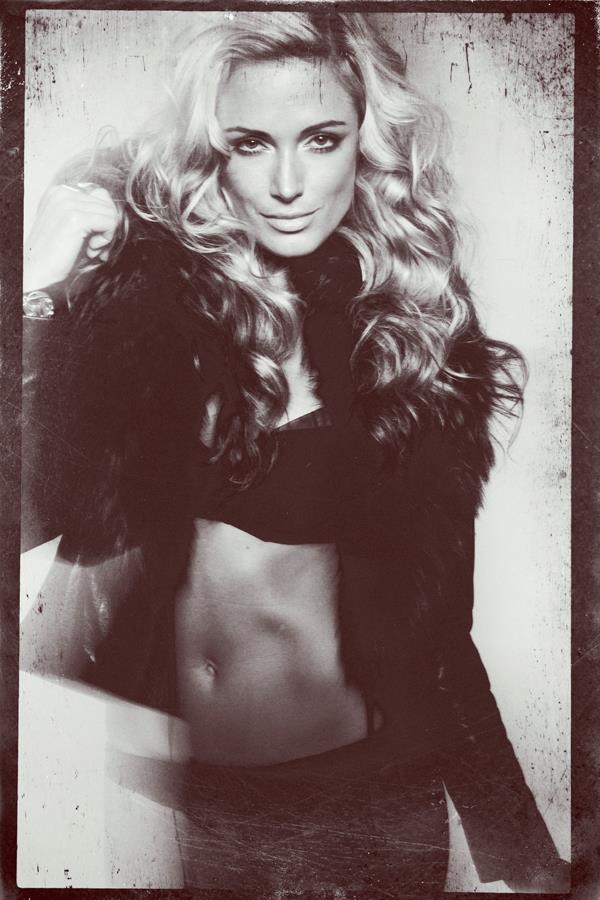 The message of this Reeva was black and white: I know who I am, it’s my time now, I mean business so don’t mess with me [wink].

The recent film told from Reeva’s perspective touches a little on Reeva’s softness and her assertiveness. But what did they base their premise on?

Have you noticed, Lifetime, the channel that made Blade Runner Killer have recently removed the words “told from Reeva and her mother’s perspective” from their description of their film?  The only record we have that they even used these words is from the media themselves, who cited this premise from their press release and website.

Odd isn’t it, to have the movie premised on Reeva’s perspective, and then to edit out your premise? 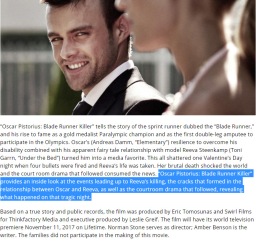 Irrespective of whether your film’s premise is edited in or out, it still remains the same, doesn’t it? Blade Runner Killer is the first film about this case told from Reeva’s perspective.

In any event, in July 2014, shortly after publishing Revelations, the first narrative to explicate in detail a referenced timeline making the case for premeditated murder [not even the state did that], a description of the murder from Reeva’s perspective provided at the very end of the book, I gave the following interview.

The timing was ominous – Oscar’s PR was going into high gear, hoping to sabotage the court narrative with the “poison apple” of the re-enactment video.  If the prosecution had referred in any matter whatsoever to the broadcast on channel 7 [which Oscar’s defense claimed wasn’t authorized by them], Oscar’s advocate could have asked the judge to declare a mistrial. If a mistrial had been declared, Oscar would have been set free, and could then set about pursuing his accusers…like me. 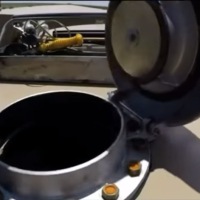